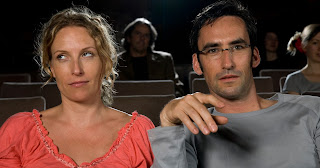 Last weekend we stumbled across something that made us stop and re-evaluate our attitude. Sometimes our attitude comes across as a superiority – like when we believe we possess qualities or traits that our spouse doesn’t and become condescending – and this hurts our relationship. By “qualities” and “traits” we mean things such as: generosity, patience, understanding, compassion. Perhaps a couple of examples would help.


Paul: We were talking with another couple when Steph became “hazy” in her recollection of the story she was telling. I interrupted to provide the “correct” information with “clarity and accuracy.” I didn’t notice right away that she had become quiet, and I certainly didn’t recognize that I had hurt her. My attitude of superiority – my belief that I am more “clear” and “concise” than she is – had surfaced again. Before I even realized it, I’d caused a hurt in our relationship.

Steph: One attitude of superiority I  have is that I judge I am more easygoing than Paul. I judge I am a better person than Paul because I do not get as annoyed about things as often as he does. The other day we were driving to the store and Paul made a comment about another person’s driving. I said,” I am sure he just didn’t see you, geez.” I could tell by the hurt look on Paul’s face and the silence all the way to the store that I had hurt him with my words. In my mind I was thinking that I would never get upset about something as silly as that and judgment came through in my tone as I believed I was a better person than Paul in that moment.

After 33 years of marriage, we were reminded that we’re not immune from falling into the trap of superior attitudes and the trouble they cause. Having these two recent experiences reminds us that we need to be more vigilant and aware of how they can unexpectedly creep in and cause havoc. Identifying and recognizing our superior attitudes is the first step in reducing these destructive behaviors. Acknowledging the hurt they cause and asking for forgiveness can lead to healing between us.

Questions for Reflection:
1. Do I have an attitude of superiority that has a negative impact on our marriage?
2. Where is this attitude coming from? (Hint: An attitude of superiority is an attempt to compensate for my own self-doubts/low self-esteem by judging others (even my spouse) are inferior to me. In an attempt to build myself up, I put the other person down to magnify my positive traits/qualities/abilities, to convince myself that I am valuable.)

Loving Your Way through February

By Nick and Jen February 01, 2021
It is said that February is the month for lovers. Having five kids in 10 years, Nick and I spent many years focusing on kid activities for Valentine’s Day. But romance has always been a priority for us, and if February has to be an excuse to be romantic, I say bring it on!
Post a Comment
Read more

By Chris and Michelle February 07, 2021
CHRIS : I knew Michelle was the one from the moment we met. But the thing that made it unquestionable for me was when we went  shopping together right after Christmas and the store clerks were busy changing out shelves to Valentine’s Day items. Michelle turned to me and said, “Good grief. If that isn’t the perfect image of how commercial that holiday is...”. I was hooked. She was beautiful, smart and placed  absolutely NO value on Valentine's Day.  Fast forward a few years into our marriage when   a simple  Valentine’s    gift turned out to be not so simple.
Post a Comment
Read more

By John and Julie January 25, 2021
JULIE: I’m not a superhero.   While I can’t fly faster than a speeding bullet, make myself invisible, or read people’s minds, I CAN harness the super-power of affirmation by   telling John the numerous reasons he is special to me or the many traits I admire in him.   Never underestimate the super-power of affirmation to build up your spouse and enhance your relationship.
2 comments
Read more

Looking Forward with Hope and Promise to 2021

By Tom and Mary Frances Burke December 27, 2020
2020 will soon be in our rear-view mirror . . .  We look forward with hope and promise to 2021.     W e at The Couples Post   have shared in a practical way how we are so much stronger together as a couple.  May that strength help us navigate 2021 and beyond.
Post a Comment
Read more