By Paul and Stephanie Francois November 15, 2020 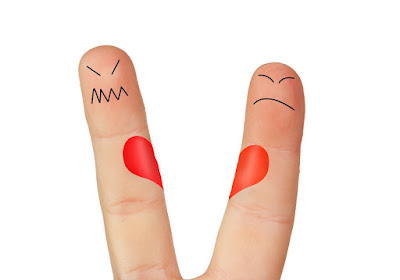 Paul: With our child rearing days behind us, I figured any potential conflict surrounding child rearing was over too. Boy was I mistaken. We took our 3 year old granddaughter with us to the beach for two weeks so she wouldn’t have to be in day care. While we were both looking forward to some quality time with her, I cringed when Stephanie suggested that we run point on potty training her. That’s when the trouble began. My attitude was, “Why do we have do this?” But instead of speaking up, I kept silent.
Steph: We are the caregivers for our granddaughter while our daughter works. I thought it was a good idea to try potty training at the beach since we had two weeks of uninterrupted time. I knew Paul wasn’t keen on the idea, but I figured I had done this before with our own children and that I could do it again. I formulated a plan in my mind and was ready to see it through. I figured Paul would just follow my lead.
Paul: It didn’t take long before our different approaches to potty training began causing conflict between us. I judged Stephanie didn’t value my opinion. I saw her as taking the lead and regarding my perspective as either irrelevant or insignificant. The resentment was building, but I held my tongue again – until I didn’t. And when I decided to break the silence, my hostility came out loud and clear. We both realized that we needed to talk things out and get on the same page.
Steph: Over the course of the first week of potty training there were accidents and stressful moments when our granddaughter resisted. When Paul made a comment or suggestion my attitude was, “I’ve got this.” My attitude came out in my dismissive tone and flat out ignoring his ideas. When he finally had it, I knew I had stepped over the line. I reflected on my part in the growing distance between us. First, I set aside my superior attitude that I was better at this than Paul and asked for his forgiveness for dismissing his ideas. We figured out how we were going to present a united front to our granddaughter, so instead of sowing discord, we showed her Papa and Grandma were on the same page. When I made the decision to listen to Paul, I became more open to hearing his perspective than doing things my way.
After we talked out our game plan, things went much more smoothly – not just for us, but for our little one too. Less tension between Grandma and Papa meant less stress for her. This was an important reminder to us that we have never “arrived” as a married couple and we need to remember Rule #1 of Conflict Resolution: Communication. Talking it through is the surest way to set things right between us when things start to go awry – even better to speak up sooner rather than later.

By Tom and Mary Frances Burke April 12, 2021
Even the best marriages succumb to nit-picking over how to do the laundry or load the dishwasher.  We differ over asking or not asking for directions and bicker over who's to blame for being late or how we spend money.  While these quarrels may seem trivial, in reality, they matter and getting to a solution beats bickering any day.
1 comment
Read more